The RaspiDrum is a percussion interface created by Benjamin Keith Guitreau. This work is dedicated to him following his very unfortunate and early passing. We greatly miss his magnanimous personality and positive perspective. The RaspiDrum immerses the performer and audience in a curious sound universe of raspy and/or otherwise crunchy percussive sounds. The performer can precisely control the timing of the sounds, which are synthesized completely algorithmically. No sound samples or tables are employed.

RasPiDrumming is an improvisation by Edgar Berdahl that demonstrates how electronic, percussion-like sounds can be controlled using a matrix of on/off buttons. Traditionally, percussion sounds are triggered only at the precise moment when buttons are pressed down. However, RasPiDrumming explores additional possibilities for controlling sounds as described below in more detail. A video recording of this work can be seen below.

PLEASE LISTEN ONLY WITH HEADPHONES TO HEAR THE VERY LOW FREQUENCIES

The RaspiDrum has 16 button pads laid out in a 4x4 grid as shown in Figure 4. These pads enable a musician to perform percussive sounds using any of the fingers. As depicted in Figure 5, the sounds generated by each pad are described using a single, descriptive verb. The RaspiDrum does not incorporate an audio amplifier or speakers. Instead, the audio emerges from an audio output jack, which can preferably be connected to an external sound system (not shown). The pads influence the sound according to four interaction types as described below. 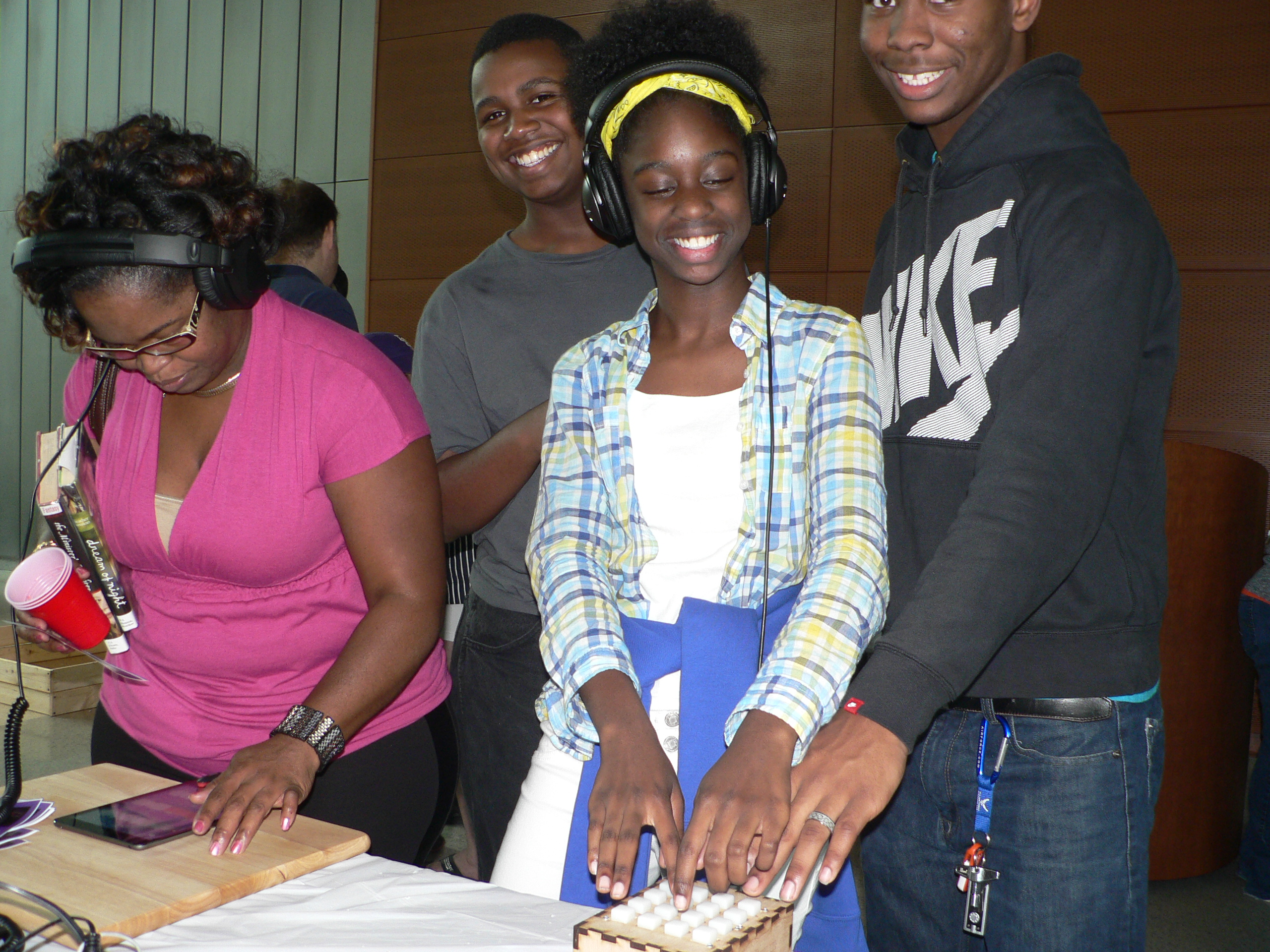 The RasPiDrum at the Baton Rouge Maker Faire 2015.