Circuit Vacuuming is proposed as being the practice of measuring or estimating the state of a computer or circuit at a large number of points, to be used for listening over a multichannel loudspeaker setup. Circuit Vacuuming can be carried out by directly sampling circuit signals such as using buffers, or it can be carried out using inductors like the telephone coil recommended by Nicolas Collins.

The header above shows a metaphorical representation of Circuit Vacuuming, in which a metaphorical circuit vacuum is used to measure the state of a circuit over a large number of points. Then the circuit vacuum passes these circuit signals on to a multichannel loudspeaker setup, so that the signals can be heard in a spatial setting. It needs to be a multichannel loudspeaker setup in order for it to truly be Circuit Vacuuming.

The following figure shows Circuit Vacuuming being applied to an Apple laptop. 12 telephone coil inductors are attached to the laptop, and can observe the electromagnetic signals it radiates while it is running.

The next figure shows a more realistic setup of the laptop open and running, while 12 telephone coil inductors are placed beneath it to listen to the sound of the electronics. 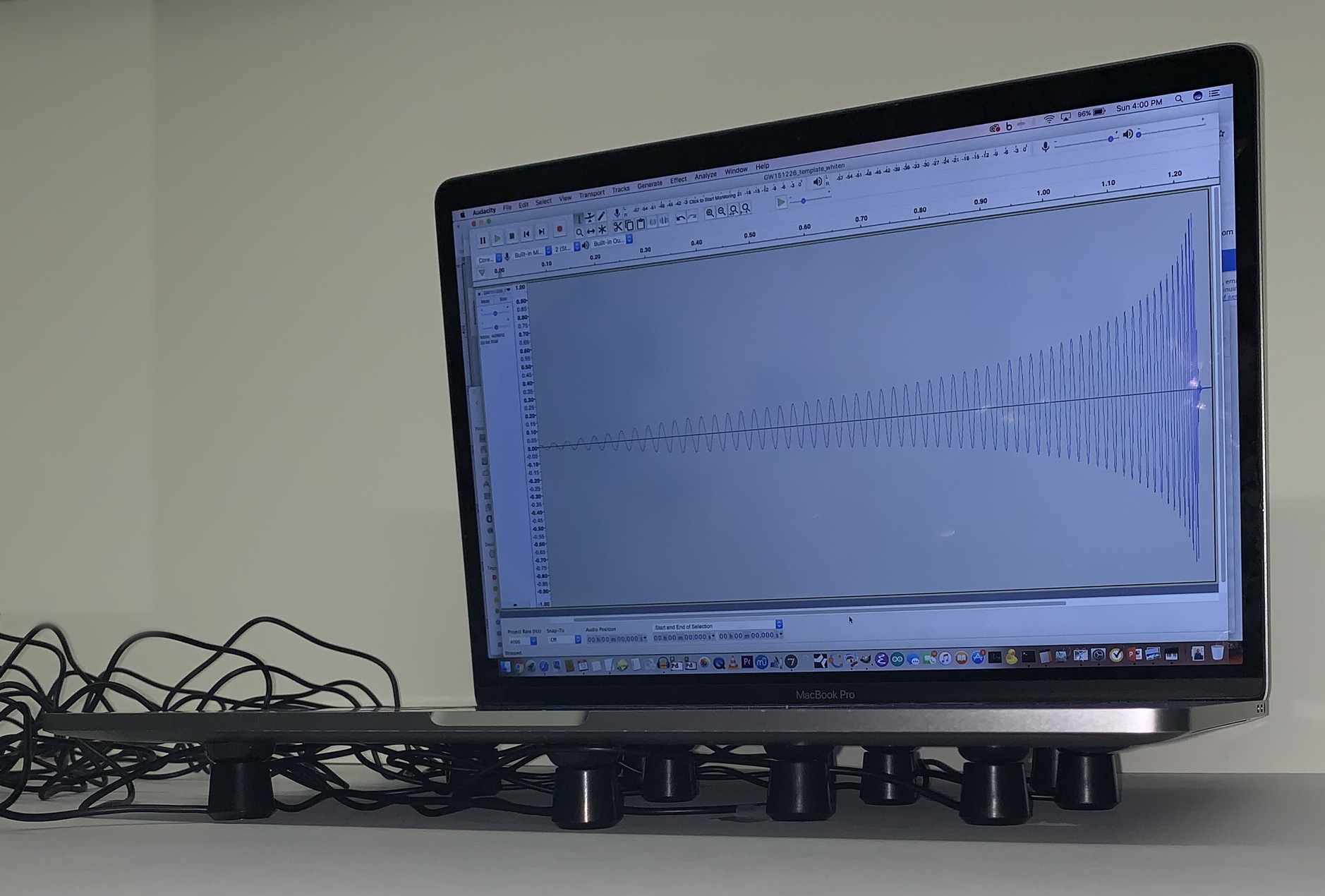