The authors would like to define Computer Bending as the following: when a performer runs some computations of social significance on a computer, while subverting the operation of the hardware or software and listening to the state of the computer at the audio sampling rate.

Unorthodox methods of (mis)using a computer are concurrently employed in order to make the sound more interesting. This generally involves pushing the computer to its limits in some way. For example, running multiple computationally-taxing applications simultaneously, overwriting and then reading a disk, interrupting system actions improperly, reading corrupt files, etc. can be incorporated into the practice of Computer Bending. This results in the operation of the computer or software being subverted in an artistic way.

Computer Bending is therefore a form of glitch music that places an emphasis on the computations of social significance. However, in contrast with circuit bending, the computer’s circuitry does not necessarily need to be altered, sparing the device from any potential damage. 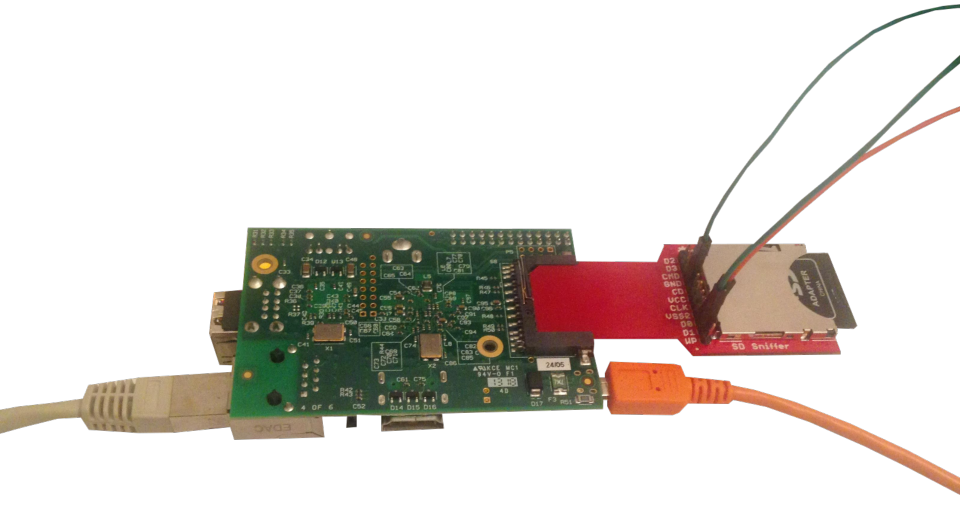 A Raspberry Pi with wires hooked up to enable listening to the sound of the SD memory data pins.

For an example of Computer Bending, see Sound of Computing the Signal Analysis of Gravity Waves.